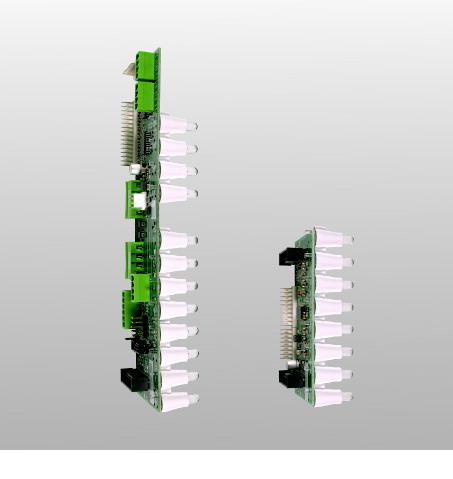 New 8-way and 12-way LED display boards for Pertronic fire panels and mimics are scheduled for release in September.

The new display boards have surface-mounted LEDs with transparent plastic light-pipes. The boards fit behind a fire panel index, with the light pipes showing through holes in the index. Light-pipes are easily fitted or removed, allowing installers to customise the display as needed for each project.

For use in custom display panels, the new LED boards have connector headers which accept flying leads from remote panel-mounted LEDs.