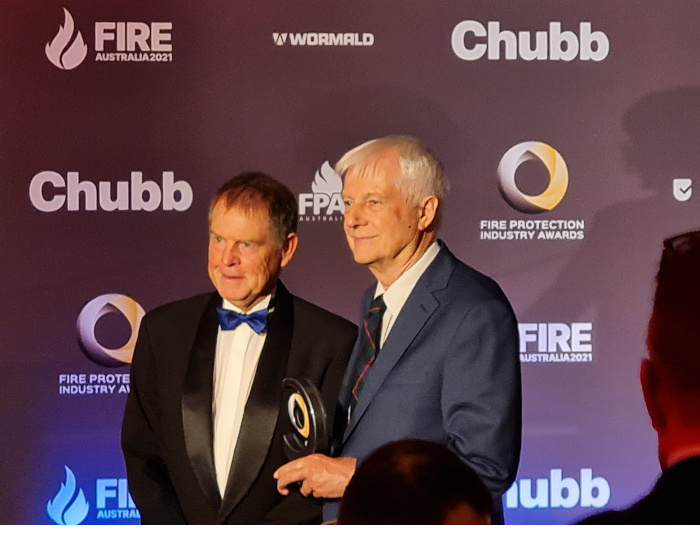 Everyone at Pertronic Industries was delighted when David Percy was presented with the FPA Australia’s Meritorious Service Award at the Fire Australia 2021 conference dinner.

After the award dinner, David Percy said: “While it is great to have the personal recognition, this would not have been possible without the contribution that Pertronic staff have made toward our successes in Australia.”