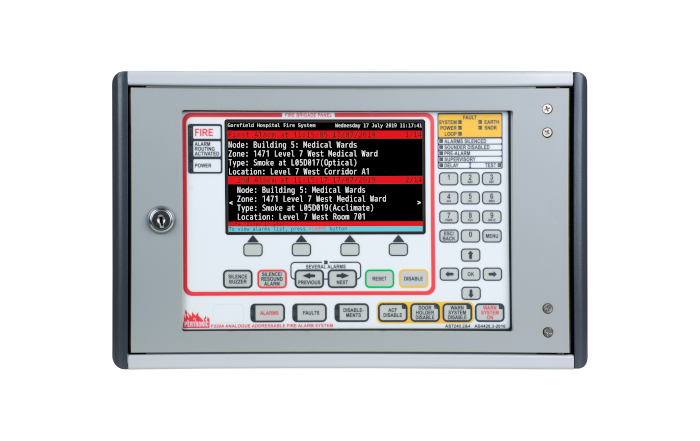 The new NZ fire alarm standard requires an alarm signal to be transmitted between any two points on the network in less than 20 seconds. An IANZ-accredited laboratory tested our 133-node network to AS 7240.13, which also specifies a maximum transmission delay of 20 seconds.

The testing involved more than 300,000 simulated events such as fire alarms, faults, and routine system events. Even under these extreme conditions, important control signals and alarms reliably reached their destinations well within the 20 second requirement.

The test network is now operational at our head office, where it serves as a test-bed for new features and upgrades.