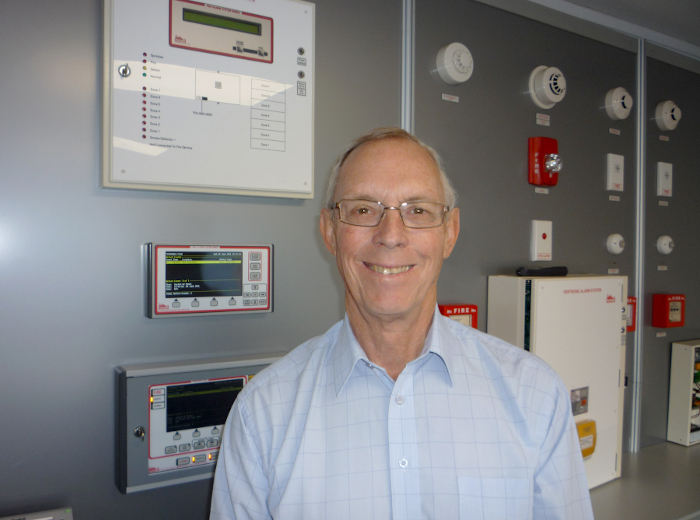 Many of our readers will already know Rob Fenton, our Sales and Marketing Manager. After more than 20 years of working with us at Petronic, Rob will retire at the end of June.

Rob joined Pertronic in 1999. His initial responsibility was to expand the company’s customer base and to promote the increased use of analogue addressable fire alarm technology, goals which Rob feels have been achieved. Pertronic now supply a very diverse and supportive range of customers, and analogue addressable systems are now the technology of choice for most medium sized and all large installations.

With Pertronic headquartered in Lower Hutt, Rob established an Auckland office. This is now supported by four additional staff to better meet customers’ needs in the northern market.

Like many people, Rob found it easy to become passionate about fire protection, and was able to use this passion to have a broader level of industry involvement in recent years. He has been President of the NZ Fire Equipment Manufacturers’ Association for five of the past six years, and has served as a board member of the Fire Protection Association NZ for the same period of time.

“This has been beneficial to our company and to myself” Rob commented, “in learning more about other aspects of the fire protection industry, not just the fire alarms sector. I’m also grateful that the company has allowed me to contribute some of my time to these industry associations, which I hope in turn have benefitted from my involvement.”

“The past 22 years have gone all too quickly. I have developed some great relationships working with people right across the industry, and some customers have become colleagues more than clients. The journey has been very enjoyable.”

Rob and his wife will move to the Bay of Islands later this year to be closer to grandchildren and for Rob to spend more time on his other passions – boating and fishing.

Managing Director (David Percy) commented “Rob Fenton has been a long standing member of our senior management team and has made a major contribution to the growth and success of the company. We are all indebted to him. He leaves with our very best wishes for an enjoyable retirement.”

Rob's retirement has led to promotions for two of our Auckland office staff. On the first of July, Darryl Ingham takes over as Auckland Regional Manager. Darryl has been with us since 2005 as a Sales and Support Engineer. In addition, after ten years with Pertronic, Steve Mellick has been promoted to Technical Support Engineer, with effect from 1 July 2021.