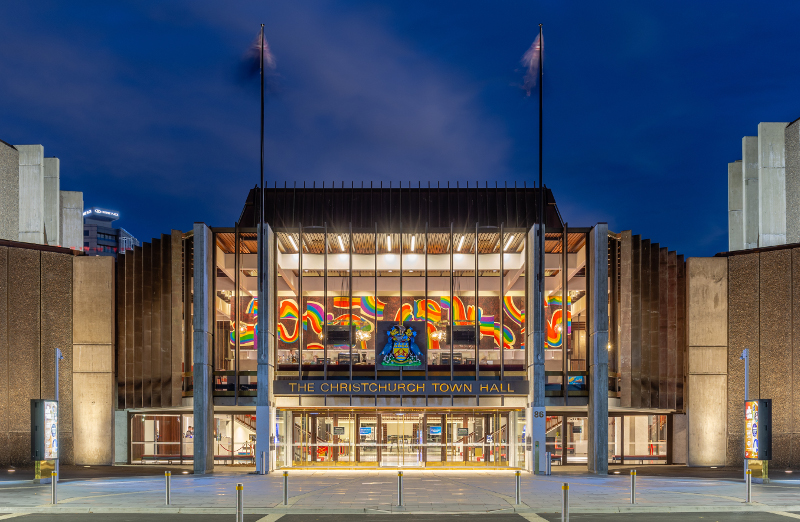 The 2250-seat main auditorium has point smoke detectors above lower seating areas, an aspirating system in the roof apex, with point heat detectors in the ceiling void.

Analogue addressable point smoke detectors are fitted throughout the main foyer and other public areas.

To prevent unwanted alarms caused by normal operations such as stage smoke or smoke from candles, the system includes six Pertronic Isolate Timer Modules. Each timer allows facility managers to isolate a specific part of the smoke detection system for a user-programmable time period. The timer automatically re-enables smoke detection when the programmed time period expires.

There is one isolate timer for the main (Douglas Lilburn) auditorium, a second for the James Hay Theatre, and one timer for each of the four function & conference rooms. 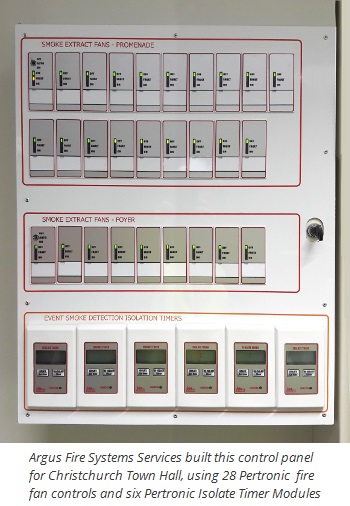 In addition, the F120A applies a delay to alarm signals from smoke detectors in certain areas. The delay ensures that the building will be evacuated and the brigade called, only if the smoke alarm signal is continuously present. However, a sprinkler activation from the same area will over-ride the delay and trigger an immediate fire alarm condition.

The Pertronic F120A controls an EWIS system with custom voice messages, smart signs (switchable from green “Exit” to red “Do Not Exit”), and carefully positioned green and red strobes. The EWIS automatically identifies a preferred evacuation route and directs building occupants toward safe exits. If the alarm came from the foyer, occupants are directed toward other exits. However, if the fire is near the theatre’s stage, occupants are encouraged to exit through the foyer.

To maintain breathable air quality during an evacuation, the auditorium and theatre have smoke extraction fan systems controlled by the Pertronic F120A. A purpose-built control panel provides manual over-ride of each individual fan.

The Christchurch Town Hall is an important asset for the City of Christchurch. Pertronic Industries congratulate everyone involved in its restoration and strengthening.