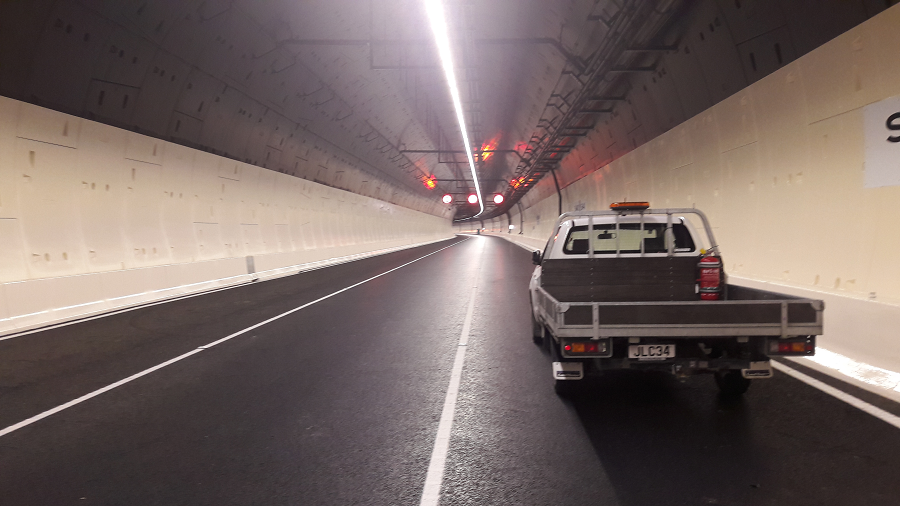 The five-kilometre, $1.4 billion motorway is part of the 48-kilometre Western Ring Route between Manukau and Albany. Running beneath the Auckland suburbs of Avondale and Waterview, the three-lane Waterview tunnels were excavated by a 3200-tonne tunnel boring machine called Alice. Specifically designed for Auckland’s variable geology by German company Herrenkencht and made in China, Alice was the world’s tenth-largest diameter tunnel boring machine, and the biggest ever used in the Southern Hemisphere.

Construction began in November 2013 when Alice started excavating the southbound tunnel. The excavation work is now complete, with the last of sixteen cross-passages between the tunnels finished two weeks before Christmas 2015.

The Pertronic fire detection and water deluge system is one of many large and complex systems that must be installed before the tunnels open for traffic in early 2017. The fire system is based on an extensive network of Pertronic F120A fire alarm panels. The system architecture is specifically designed to achieve a high level of redundancy appropriate to a critical transportation link, with panels in key locations such as the cross passages and the ventilation buildings, and large mimic displays at both portals.

The Pertronic fire alarm network controls an automatic water deluge system. Tunnel operations staff will be able to see what’s happening in the tunnels using cameras installed throughout. Operators will be able to speed up or delay the suppression system’s operation.

The Waterview Connection is New Zealand’s largest roading project. Pertronic is pleased to be part of this prestigious project.