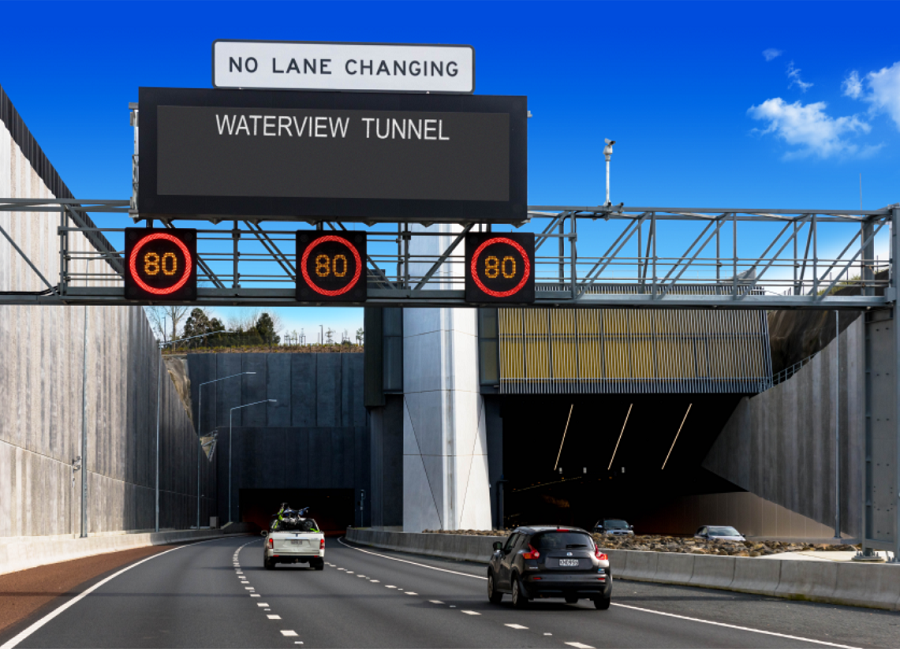 The five-kilometre, $1.4 billion Waterview Connection is Auckland’s largest road construction contract. It is part of a 48-kilometre ring road bypassing the central business district and harbour bridge. The project includes twin 2.4-kilometre tunnels beneath the suburbs of Avondale and Waterview. Preparatory work began in January 2012, and tunnel boring started on 31 October 2013. All excavation work was completed by December 2015 and the Waterview Connection opened for traffic in July 2017.

A Pertronic Automatic Fire Detection, Alarm, and Suppression Control System protects the entire complex, including the tunnels, the ventilation buildings at each end of the tunnels, and the maintenance building. Installed by Argus Fire Protection Ltd, the system has 23 networked Pertronic F120A analogue addressable fire alarm control panels, with large mimic displays and remote control units at each portal. 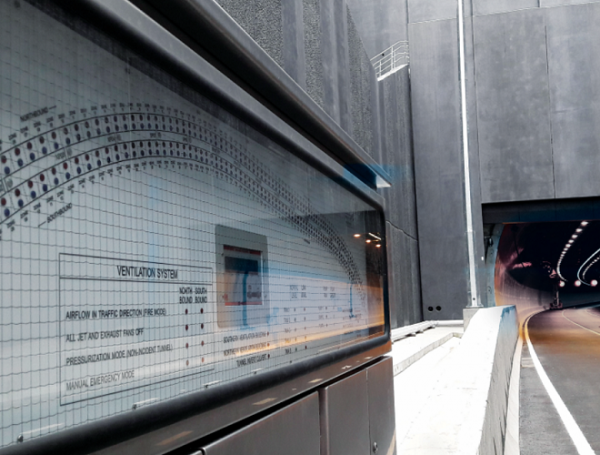 The Pertronic network is interfaced with a fibre-optic linear heat detection (LHD) system and a water deluge fire suppression system in the roadway tunnels. The LHD system monitors the air temperature throughout the tunnels, which are divided into a total of 173 thirty-metre zones. In the event of a fire, the Pertronic network automatically calls the fire brigade, signals an alarm  condition to tunnel operators, stops traffic, activates evacuation warning devices, and initiates a jet fan smoke ventilation system to maintain air quality in the evacuation routes.

After a delay the Pertronic network triggers a deluge of water in the affected zone plus adjacent zones. Tunnel operators are able to manually over-ride the automatic suppression, evacuation, and traffic control equipment when appropriate. 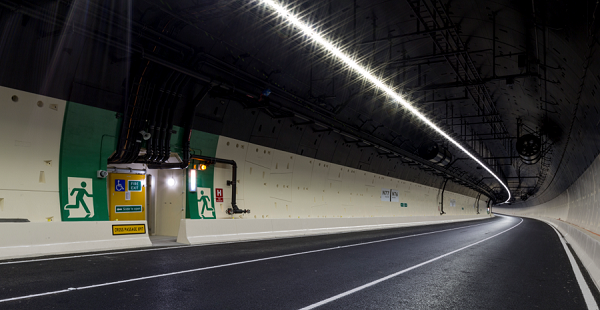 The two ventilation buildings at the northern and southern portals contain a considerable amount of electrical and mechanical control equipment. Each of these buildings has a Pertronic F120A Fire Alarm Control Panel controlling and monitoring fire detection and alarm equipment. In addition, each of these two panels features a high-level interface to and from the tunnel’s Plant Monitoring & Control System (PMCS) – the two interfaces provide a redundant path connection between the overall Pertronic network and the PMCS.

A second F120A panel in each ventilation building supervises fire detection and gas flood suppression systems in the equipment rooms. Another F120A Fire Alarm Control Panel controls and monitors the fire detection and alarm equipment in the nearby maintenance building.

The Waterview Connection is the largest engineering project to be completed in New Zealand in recent decades. Boring large tunnels through Auckland’s variable and unpredictable geology is a major engineering challenge. It is remarkable that tunnel boring was finished on time and within budget. Pertronic Industries are pleased to have provided the networked fire system equipment for this historic project.